The VOID has arrived in West Edmonton Mall, exclusively in Canada at The Rec Room!

A dark and mysterious figure –known only as Haka’ar –has entered Jumanji and stolen the Scepter of Se’payu with its Red Jewel. He is preparing to use its power to destroy and rebuild the world into a new and terrible creation of his own design. You and your companions must fall into this unique world of adventure, become Dr. Bravestone, Ruby Roundhouse, Prof. Oberon or ‘Mouse’ Finbar and risk your lives in a daring quest to return the scepter to the temple from which it was stolen. From ‘dance fighting’ to navigating dangerous animals, with every step you become the heroes who can ‘save Jumanji and call out its name!

Shuri has recruited your team to test a powerful new prototype design combining Wakandan and Stark technologies. When an enemy from the past seeks to steal the technology, you'll fight alongside some of your favorite Avengers like Doctor Strange, Wasp, Ant-Man and more to stop the attack before they unleash an oppressive new age upon the world.

Star Wars™: Secrets of the Empire

Nicodemus: Demon of Evanishment
Travel back in time to the Chicago World's Fair in 1894 and discover the monstrous horror tragically brought into the world. Tempt fate in groups of four as you discover frights, trials and adventure around every corner. Your goal is simple: explore the abandoned exhibits and don't get caught by the demon, Nicodemus. Bring your family. Bring your friends. Up to four people can enter The VOID at the same time. Discover the future of virtual reality: full of haunting surprises at every turn, engaging all the senses, with you inside the action.

Ralph Breaks VR
It's time to break into the internet! Get ready for Ralph Breaks VR, the latest hyper-reality adventure by ILMxLAB, The VOID, and Walt Disney Animation Studios. In Ralph Breaks VR, you and your friends will sneak onto the internet to play the newest, coolest video game ever alongside Wreck-It Ralph and Vanellope von Schweetz. And, have the ultimate food fight in Pancake Milkshake Diner.

The Rec Room is officially changing Wednesday to Winesday!

Half Off Games EVERY Monday to Thursday!

Half Off Games EVERY Monday to Thursday! 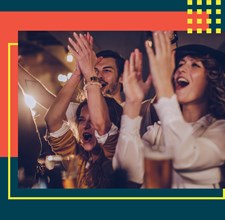 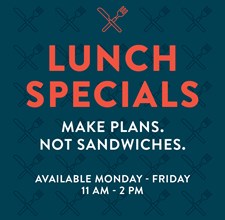 The Rec Room now offers lunch specials every weekday from 11am to 2pm. Make plans. Not sandwiches! 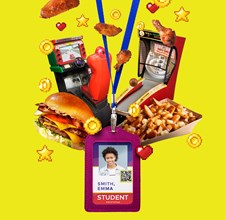 Students Save 15% Off on Food and Gaming Credits Every Day!

Hey, Students! Save 15% on Food and Gaming Credits every day at The Rec Room.

The Shed at The Rec Room

Three10 at The Rec Room

The VOID at The Rec Room